Science, Medicine and Culture in the Nineteenth Century: Seminars for Hilary Term 2017 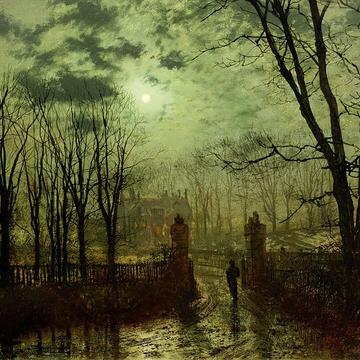 Our programme for Hilary Term 2017 is now announced with two seminars at St Anne’s College.

Drinks will be served after each seminar. All welcome, no booking is required.

Solitude today is a serious health concern. Loneliness is identified as a major contributor to illness, especially among the elderly and people with mental disorders. Conversely, fears are expressed about a decline in young people’s capacity for solitariness, in this digitally-connected age. Modern people, in other words, are either too solitary or not solitary enough: a paradoxical situation with potentially serious consequences for individual and social wellbeing.  Such concerns are not new. Solitude has always been problematic. From antiquity on it has been portrayed in dichotomous ways: as a higher state of being, free from worldly vice, and as an unnatural, debilitating condition. ‘Whosoever delights in solitude’, an Aristotelean epigram ran, ‘is either a beast or a god’. In the premodern world, only the god-like – saints, philosophers – were entitled to solitude. For the rest of humankind, occasional solitude – for prayer, contemplation, restoration – was part of a well-balanced life, but a reclusive existence was unhuman and productive of many evils: misanthropy, melancholy, superstition, madness.  Every age produces its versions of these anxieties. But a decisive turning point came in the late eighteenth-nineteenth century when the social and attitudinal changes associated with the rise of ‘commercial civilisation’ prompted an unprecedented level of concern about solitude and its associated pathologies: a concern which has continued unabated – although some of its emphases have changed – right up to the present.

In this paper Professor Taylor outlines this history, with particular emphasis on nineteenth-century developments.  She is putting together a research project on the Pathologies of Solitude, 18th-21st Centuries, and would welcome the opportunity to discuss the scope and aims of the project.

Mary Elizabeth Braddon’s short story ‘Good Lady Ducayne’ and Florence Marryat’s novel The Blood of the Vampire were published at much the same time as Bram Stoker’s best-selling Dracula. But these “vampire” stories do not feature the kind of blood-sucking fiend we may expect. Instead they offer alternative visions of vampirism which lead to a questioning of “expert” medical authority, doctor-patient power relations, and the efficacy of modern medical science.