Panel on Technology and Disease at the 41st Symposium of ICOHTEC 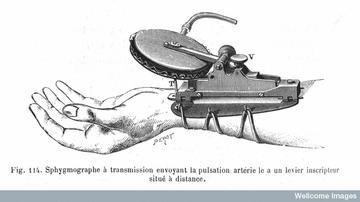 Two of our project members, Dr. Amelia Bonea and Dr. Jennifer Wallis, will be presenting aspects of their research at the 41st Symposium of the International Committee for the History of Technology, to be held in Braşov, Romania, from the 29th of July to the 2nd August 2014. Their presentations are part of a panel titled “‘The Dark Side of Technology’: Technology and Illness since the Nineteenth Century”, convened by Amelia Bonea. The aim of the panel is to provide a forum for discussing the relation between technology and disease and will examine technology not only as a cure of disease but also as a cause of physical and mental illness. The participants hope that their research will highlight parallels and contrasts between the nineteenth-century scenario and contemporary uses of technology.

In her paper “‘The Arm Troubles of Telegraphers’: Historical Perspectives on Technologies of Communication and Repetitive Strain Injuries”, Amelia Bonea will discuss a medical condition associated with the use of Morse telegraphs and known as “telegraphist’s cramp”. During the nineteenth century, “telegraphist’s cramp” belonged to a group of musculoskeletal disorders which also included “writer’s cramp”, a condition prevalent among writers and clerks. The symptoms were pain, numbness, tingling of the arm and wrist and, in severe cases, paralysis of the fingers. In 1908, “telegraphist’s cramp” became one of the first chronic disorders to be recognized as compensable under the Workmen’s Compensation Act.

Amelia will show how the etiology of the cramp has oscillated between a “disease of the body” and a “disease of the mind” since the late nineteenth century and how medical knowledge about this condition was circumscribed by contemporary ideas about what it meant to live and work in a modern, technologically advanced society. Unlike traditional infectious diseases, “telegraphist’s cramp” was a condition with diverse symptoms, whose specific lesions were difficult to identify. Especially in the period before WWI, there was a strong belief that the disorder had an underlying psychological component, affecting people of an anxious, nervous disposition, who were unable to adapt to the frenetic pace of modern life.

A second paper by Jennifer Wallis will be considering medical technologies in the nineteenth century under the title ‘“What the Great Majority of Patients Require is Letting Alone”: The Uses of Technology in the Asylum’. Here, a medical technology (the sphygmograph, used to chart the pulse) is capable of altering both everyday practice and the state of mind of patients themselves.

The sphygmograph promised to reveal the innermost workings of the human body, with asylum practitioners hoping of map the characteristic pulse forms of different mental diseases. Employing such technology proved difficult in the asylum, however. The excitable nature of many patients necessitated modifications such as the strapping of the instrument to the arm, whilst the anxiety of others prevented doctors from applying the instrument at all.

Jennifer will be considering how the sphygmograph was used within the asylum, particularly how its presence could problematize the very objectivity it was intended to provide. The instrument’s tendency to inspire ‘horror and fear’ in its subjects had clear implications for the assessment of patient’s mental states, the medical knowledge gained from investigation, and the boundaries between physiology and psychology. In assessing mental states in this way, doctors were forced to address how mental illness could be both a physiological fact (an unusual pulse form) measurable by an instrument and a changeable condition dependent upon external factors (fear of medical examination). The instrument also impacted upon patient experiences, both in the immediate examination and via subsequent drug treatments to alter the pulse, where broader issues were raised such as the applicability of general hospital methods to the asylum context and the therapeutic value of physiological investigation.

Other papers in this panel will discuss light therapies, electrotherapies, the effects of slimming capsules on the body, but also narratives of gas, radio and magnetism during the 20th century. More information about the conference and the scientific programme can be found at the following link: http://www.icohtec.org/brasov2014/scientific-programme/