Tales of Two Jameses: Literature, science and medicine at the end of the nineteenth century 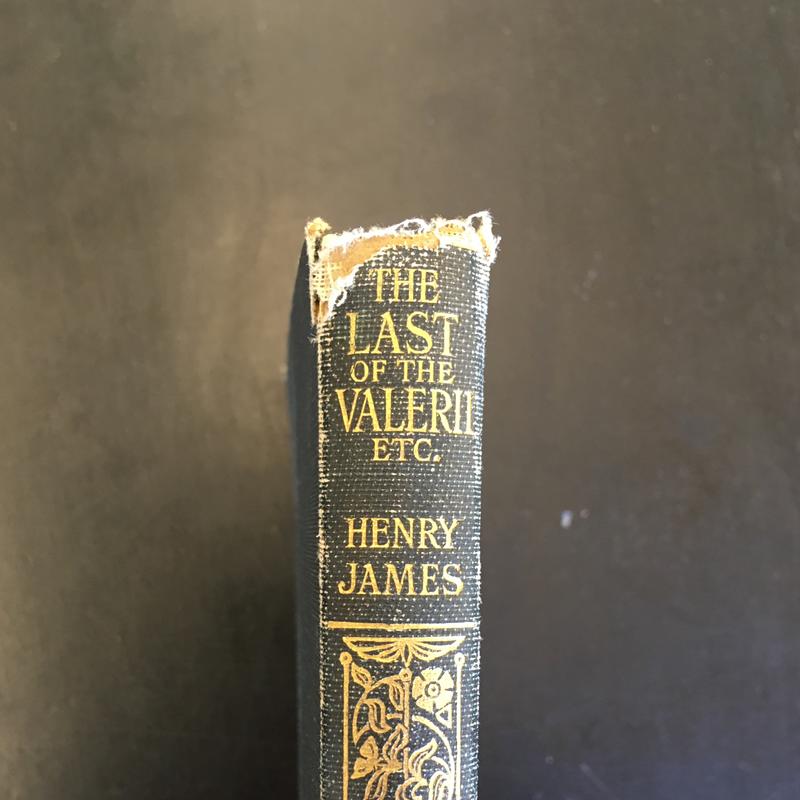 Daniel Ibrahim Abdalla has recently joined Diseases of Modern Life as a Graduate Research Assistant. Alongside this position, he is finishing his DPhil in nineteenth and early-twentieth century literature at the University of Oxford. In this blog post, he explores the links between his current research and his doctoral thesis.

As a research assistant with Diseases of Modern Life, I will be looking at fin-de-siècle representations of mental illness and addiction, especially as these afflictions were conceived as being transferred among hereditary lines. Partially, these concerns emerged from fin-de-siècle anxieties about decline and decadence, which encouraged people to look for visible signs that their hereditary materials were deteriorating from generation to generation. On the other hand, psychologists like William James explicitly resisted this dangerous paradigm.[1] Were others, like his brother Henry James, inspired by him? By taking a more expansive view of the ways that science informed society in this period, I hope to show the diversity of ways science affected culture in the nineteenth century, and beyond.

My interest in this topic emerges from my doctoral research on the novelist Henry James and the psychologist William James. The two were not only brothers, but confidants, regularly exchanging letters until the ends of their lives. Both significantly impacted and changed their respective fields at the turn of the century and (despite being American) were deeply woven into the British intelligentsia. An expatriate in England for most of his life, Henry was friends was with many of the members of the Darwin family, even at one point meeting Charles himself. From 1894 to 1895, William was English Society for Psychical Research, whose members included Edmund Gurney and Frederic WH Myers.

One of the best records for the living connections of science and literature during this period is found in the correspondences between these two illustrious figures. Both weigh in on the other's work; remark on pressing topics of the day like the American civil war, George Eliot, Queen Victoria, anarchism, evolutionism and psychical research; and discuss relevant gossip regarding their wide circle of family members and acquaintances.

I have come to see is that popular engagement with scientific ideas did not only happen in terms of fixed ideas and concepts, like sexual selection, but also in attitudes toward issues like gender, sexuality, behavior and inheritance. If we approach late-Victorian society from this angle then we can see that readers and audiences were very regularly engaging with some of the cutting-edge developments in science--sometimes without even realizing it!

My research, both for my thesis and my current project, considers one of the major topics galvanizing late-Victorian culture, biological mechanisms of heredity. I became interested in this topic when I discovered that it attracted not only scientists and psychologists, but literary authors as well.[2] Although many of the broad claims of an evolutionary worldview had been established by the 1870s, one of the major controversies of the period had to do with the way individuals passed on traits from one generation to the next. The physical mechanisms of inheritance--genes--would not be known until the work of Gregor Mendel was rediscovered and popularized in the early-twentieth century, thus leading many thinkers to offer their own theories. In many cases these were reactions to the strictly Darwinian worldview based on random variation. True randomness was terrifying because changes in one generation could not be reliably passed to the following generation.

Writers like Samuel Butler and George Bernard Shaw preferred what they saw as progressive and perfectible models of evolution--most famously offered by Jean-Baptiste Lamarck--which allowed for improvement in the member of one generation to be passed on to his or her offspring. This biological controversy mixed extremely well with late-nineteenth century fears of cultural decline, creating the potent cocktail called degeneration.

These considerations have led me to my current project on conceptions and representations of inherited mental health in the late nineteenth century. As the critic Tamsen Wolff's observes, in the cultural realm, such tensions about inheritance put new emphasis on the relationship between the visible and the invisible, ie. the person we can see and their biological material that we can't.[3] Victorians increasingly asked questions like, what might someone's traits or behaviors tell us about their fitness as a member of the species? From this flawed premise, leading to stronger and weaker versions of eugenics, one might even begin to wonder things like, what does a family home tell us about the quality of the family? Or, even, what does a person's taste in art signify about their mental health? But these questions and their outdated emphases on eugenics only tell part of the story; I will use my time with Diseases of Modern Life to explore the other  conceptions of mental health in the period from 1880 to 1900.

---
[1] For example, in a letter to Henry from 1893, William calls the paradigm of degeneration a 'pathological obsession'. William James, [to Henry James, 17 March 1893], in William and Henry James: Selected Letters (Charlottesville: University Press of Virginia, 1997), pp. 281-83 (82)
[2] For more on the central role of evolution in the culture of this period, see the chapter 'Evolution, Society, and Culture, 1875-1925' in Peter J. Bowler, Evolution: The History of an Idea (Berkeley: University of California Press, 2003), pp. 274-324.
[3] Tamsen Wolff, Mendel’s Theatre: Heredity, Eugenics, and Early-twentieth Century American Drama (Basingstoke: Palgrave Macmillan, 2016)