Songs, Cakes, and Games: Thoughts on Performing, Baking, and Playing Our Research at Oxford's Curiosity Carnival

On 29th September 2017, Oxford hosted the Curiosity Carnival - a city-wide public engagement event as part of European Researcher's night. With talks, stalls, performances, plays, and activities in broad street and in venues such as the Ashmolean, the Botanic Gardens, the Museum of Natural History and the Pitt Rivers Museum, it proved hugely popular, and many travelled from far and wide to see what the University of Oxford and Oxford Brookes's academics had to offer. The Diseases of Modern Life team and its sister project Constructing Scientific Communities were excited to contribute their own research in innovative and unusual forms - a cake, a game, and a song and dance!

I have long enjoyed baking as a form of respite from intense bouts of research and writing. Undoubtedly, procrastination baking, or “Procrastibaking”, can easily become a dangerous and time-consuming addiction. But there is nothing more soothing than sifting flour in the small hours of the morning, and there is nothing more satisfying than the kind of immediate, delicious results that can be produced in the kitchen after a long day working at a five year research project. Baking, according to some psychological studies, can even cultivate mindfulness, improve focus, and reduce stress. When the opportunity arose to present my research in the form of a baked good as part of the Curiosity Carnival’s Great Research Bake-Off, I was intrigued. Was there a way to use baking not as a means of academic procrastination, but as a new way of thinking about what I do? Was it possible to conceptualise and communicate my work in the form of a cake? Taking up this challenge, I began to consider both the medium and the message.

I am a literary historian of the Victorian period, so a Victoria Sandwich seemed an obvious choice. Structurally, I divide my work on Victorian soundscapes into four main areas: literature, science, medicine, and popular culture. This might be signified by 4 tiers to the cake. Sound itself, I might represent by way of popping candy, spread in between the tiers of the cake and along the top. Just as popping candy is something that you can see, hear, and feel pop, sound in this period was not just something audible; it was also something that could be seen, graphed, and measured for the first time, and something that could be felt as vibrations passing through the body and atmosphere. This led to the invention of new technologies, like the telegraph, telephone, microphone, gramophone, and phonograph. Cream horns, I reflected, might represent these new devices for capturing and amplifying sound and relaying it across time and space in different mediums.

As I spent the week baking sponge cakes, experimenting with butter creams, and working out how to mould cream horns, I found that my friends and family, though bemused, began to show genuine interest not only in offering their services as taste-testers, but in the research questions that I posed. At the Bake-Off itself, as the public wandered through our marquis, I found that the researchers’ cakes functioned as easily grasped, material props from which to begin intriguing conversations. An edible medium seemed to enhance the conversation, literally making the concepts easier to digest. And once I’d wandered the stalls and eaten a few cupcake tumours, pondered the role of language with the aid of a swiss roll, and tasted the earth’s atmosphere depicted in icing, I realised that the associated touch, taste, and sight of the cakes also made their lessons more memorable. All my hours of procrastibaking, it seems, had not been such a waste of time after all.

This was just one of the weird and wonderful statements we put to people who came to visit our Mind-Boggling Medical History stall at the Curiosity Carnival. Mind-Boggling Medical History is an educational game we’re developing (funded by the AHRC) which is designed to challenge preconceptions about history and show how ideas in medicine change for a variety of reasons. From floating kidneys to brain size to transplanted heads, we challenged visitors to decide which statements were about current medical practice, which were based on historical ideas or practices no longer used, and which we had…well….just made up entirely. As we’ve found on previous occasions, the game sparks fascinating conversations about how medical ideas come in and out of fashion and how the truth of medicine is often stranger than fiction. Statements relating to phrenology, for example, (the nineteenth-century theory that skull shape could tell you about brain shape and this in turn could tell you about a person’s personality) generated conversations about modern day neuroscience and the use of imaging to connect behaviour to brain structure. While other statements about gender and anatomy provoked debate and discussion about the different ways in which both men and women’s bodies and minds have been understood. The day was great fun for us, and we got to learn more about what aspects of health and medicine really fascinate people. One of the most enjoyable parts was being challenged on the way we categorised statements: not everyone agreed with our decisions about what was historical and what was contemporary, and how we determine what scientific ‘truth’ is. This is what we hope the game will do: get people thinking about medicine in its past and present contexts and show that the differences between the two are not always clear or straightforward! 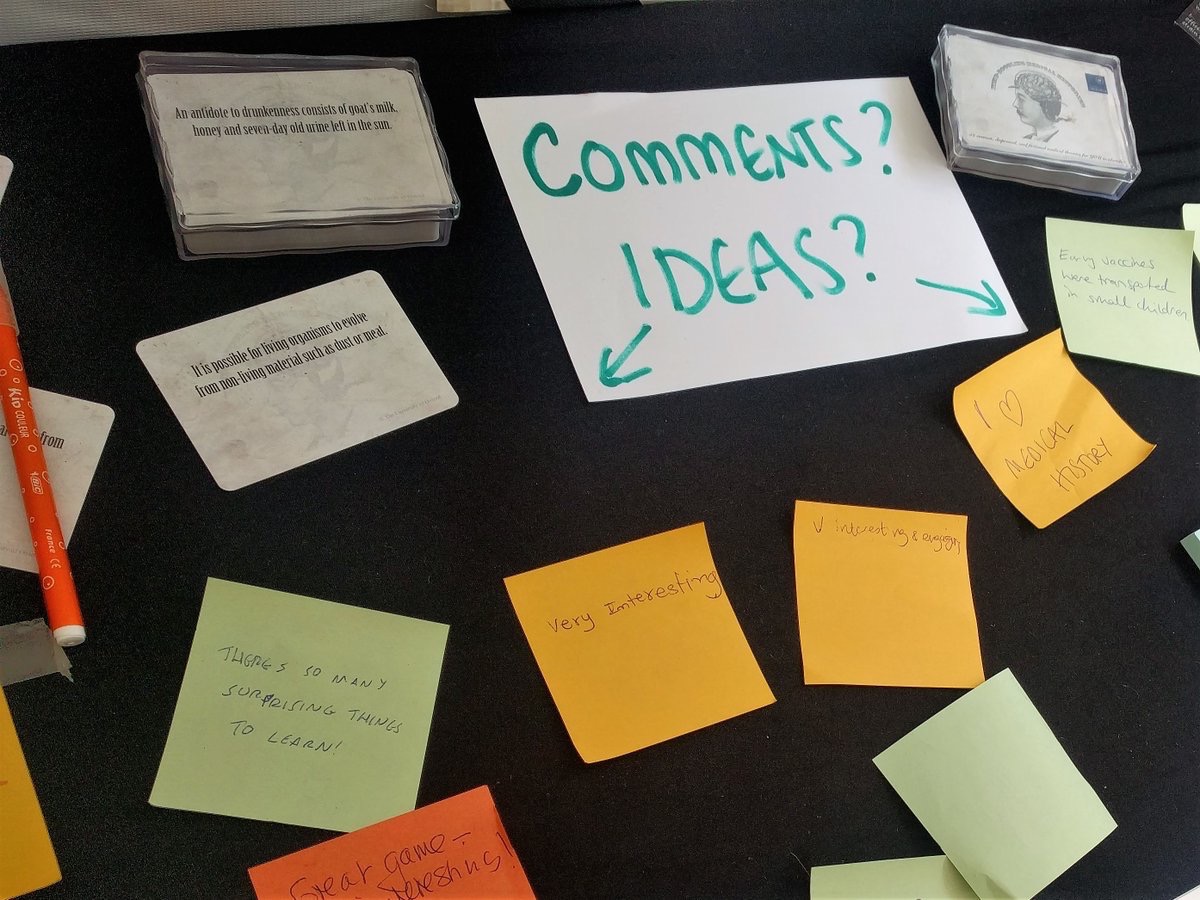 I was lucky enough to have the opportunity, along with five researchers from across the University of Oxford, to work with the multi-talented musician and song-writer Jonny Berliner, as a part of the carnival called Musical Abstracts. We each worked with Jonny to turn our research into a song for a popular audience. For mine, I chose what we would now call the 'gut-brain axis', and what the Victorian's knew as the dynamic relationship between stomach and mind. I give a brief explanation of my thought process in the following video, but what I wanted to highlight with the song was the attention that many writers in the nineteenth century paid to the interconnections between gastrointestinal and psychiatric health, and how this was constructed across disciplines and genres. The title and recurring refrain is taken from an advertisement for Holman's Liver Pad in 1893, which stated: 'The Stomach is the Absolute Monarch of Humanity. Supreme is its rule! Neglect it and punishment is certain! Injure it and its vengeance is premature death!' 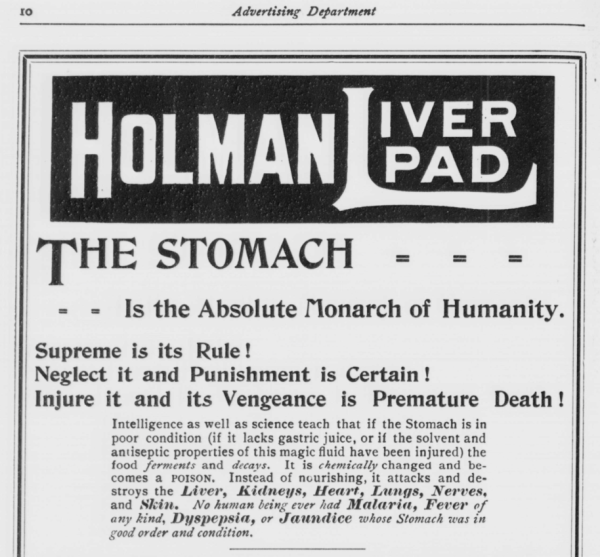 Working with Jonny on the lyrics really helped me to think in different ways about my research and forced me to reflect on the central 'message' without the opportunity of disclaimers or footnotes.

Magnificently, Jonny managed to compose it as swing music, so I was able to combine the project with my favourite hobby and choreographed a lindy hop routine to accompany the song, which was performed four times throughout the carnival at various locations around Oxford

Watch the video of the performance below!