'Sanitation on the Shop': Health and Retail Work in Late Victorian Britain 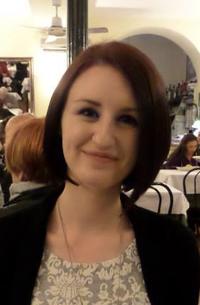 In 1892, the Lancet launched an inquiry into the dangers of retail work. With the medical journal’s characteristic campaigning zeal, ‘Sanitation in the Shop’ exposed a raft of social and medical concerns about shop work. These included the long hours, lack of seating available, poor-quality meals and cramped sleeping accommodation, as well as the lack of exercise and recreation, poor ventilation, and difficulties accessing toilet facilities and drinking water.[1] For working- and lower-middle-class men and women, retail may have seemed a modern and desirable occupation, but this report intimated that it often entailed primitive conditions.

In this illustration for Punch magazine (1880), George du Maurier shows a customer passing a chair to an overworked shop assistant.

My new project explores representations of overwork and ill-health in the retail industry, at a time when consumer culture was booming. I am looking at the living and working conditions of shop assistants in both large department stores and smaller shops. My research engages with the overarching themes of Diseases of Modern Life, including occupational health and the conditions of modernity. It draws on depictions of retail work in both medical and popular writing.

For the Lancet’s campaign was part of a much broader concern about the conditions of shop work which emerged in the medical and popular press and literature. Other professional periodicals such as the British Medical Journal also expressed anxieties about the long hours and lack of seating available, while fictional portraits of shop work similarly emphasised its physical hardships in graphic detail.

George Gissing’s The Odd Women (1893) depicts working life in a drapery establishment, where the assistants work 13½ hours every weekday and an average of 16 hours on Saturday. Shop-girl Monica Madden relates that one of her colleagues has been hospitalised with varicose veins. On Sundays the workers are ‘strongly recommended’ to use their vacation for ‘bodily recreation’, yet this supposed freedom represents endangerment for unchaperoned young women.[2] Early in the novel Monica is shown rebuffing the advances of her male colleague, Mr Bullivant, who follows her from the shop. In both medical and popular writing, fears about the physical conditions and moral character of shop work often coalesced and Gissing’s narrative blurs the boundaries between the retail and sex industries, highlighting the shop girl’s vulnerability and self-commodification. Monica marries her grotesque suitor Mr Widdowson to escape her working life but finds herself in a loveless marriage with a man who disgusts her.

Recent scholarship on retail work has primarily focused on gender, examining the sexualisation of Victorian shop girls. In Consuming Fantasies, Lise Shapiro Sanders reveals how the construction of the ‘shop girl’ came to ‘embody a set of cultural assumptions about class, gender, and sexuality’.[3] Katherine Mullin’s Working Girls examines how female shop assistants were variously represented as sexually energised and emblems of modernity or as ‘enervated, demoralized workers’. She highlights the medical profession’s concern about the effects of shop work on women’s (reproductive) health, touching on how the Lancet deployed images of ‘depleted nubility’ in its 1892 inquiry.[4]

Commentators were also concerned about the health of male shop workers, however. The Lancet inquiry declared that something ‘must be done to prevent the physical degeneration of the million or so of men and women who in England work as shop assistants’, and shared the experiences of male and female workers.[5] While the medical profession fashioned itself as the masculine ‘protector’ of endangered young womanhood, its anxieties about the stresses and strains of shop work went further.

I am particularly interested in how the retail industry was represented as unsanitary, as a threat to public health. The Lancet’s report was framed as an investigation by the ‘Sanitary Commission’ and it began by expressing surprise that the issue had not received greater attention given that the public came into ‘daily contact’ with the ‘large class of [retail] workers’.[6] The journal suggested that the health of shop assistants should arouse the public’s concern, though the comment also seems to imply that disease-addled shop assistants might pose a health risk to their middle-class customers.

Today, the retail industry is once again being transformed by modernity and technology, as staff are replaced by self-service checkouts and more shoppers turn online. Retail work is an increasingly vulnerable occupation – a report by the Centre for Retail Research predicted that 552,500 high street jobs would disappear between 2017 and 2022. Whereas live-in shop assistants were common in the Victorian period, today’s shop floor workers face the prospect of zero hours contracts. Yet long hours and low pay remain key concerns, as do extended opening hours at Christmas. In 2016, a change.org survey petitioning for shops to close on Boxing Day to give retail workers a rest received over 200,000 signatures.

The move towards online shopping has pushed many retail jobs behind closed doors, and health risks are repeatedly exposed in the popular press. This year, an FOI request revealed that ambulances had been called out 600 times in three years to Amazon’s UK warehouses. Meanwhile, a BBC investigation found that delivery drivers for agencies contracted by the retailer claimed that they were working ‘illegal’ hours, receiving less than the minimum wage, and were unable to access toilet facilities while on the job. As in the nineteenth century, conditions in the retail industry are represented as unsanitary and exploitative for male and female workers.