The choice of title will probably betray my addiction to the nineteenth-century press, but taking advantage of the benevolence of my colleagues I decided to put research into practice and revive some of the conventions of Victorian journalism on our own blog. I learned to treasure this word, “Ourselves”, very early on in my research. Its sudden appearance on a yellow-tinged page always held the promise of some important discovery to be made about one aspect of the press world or the other: Was business going well or was the journal struggling? Had the post office failed, once again, to deliver the newspaper to its subscribers? Was the editor going to reveal precious information about the circulation and readership of his paper? Or was he simply letting the world know that he had decided to throw away his editorial pen, frustrated by the lack of public and official patronage? (Before you ask, yes, most of the editors I dealt with were men…) Thankfully, the news I would like to share today is much more cheerful. Those who, like me, have spent countless hours sifting through Indian and British newspapers and periodicals will have already guessed that what follows is a brief report of our own project activities.

Last weekend provided us with an exciting opportunity to introduce our research projects to a slightly different audience than the one we usually interact with: the ladies and gentlemen who participated in Meeting Minds, a series of activities organized by the University of Oxford as part of its Alumni Weekend 2014. This was the eighth event of this kind organized in Oxford and followed two similar meetings which took place earlier this year in Hong Kong and New York. St Anne’s College, where our project is based, greeted its alumni with a medley of activities which included, among others, a writers’ showcase and a seminar on the past and future of the printed word. We are grateful to our Principal, Tim Gardam, for inviting us to take part in this event, and especially to the audience, for cheerfully foregoing the sunny, beautiful autumn morning and joining us for an hour-long discussion on “Diseases of Modern Life: Stress, Strain and Overload in the Nineteenth Century”. Their enthusiasm for our project, reflected in the questions and the discussion that followed, was particularly encouraging and generous!

The seminar began with our principal investigator, Prof. Sally Shuttleworth, introducing our research projects and highlighting the contemporary relevance of the topic we study. Stress, information overload and the long-hours culture, Sally argued, are by no means phenomena confined to the contemporary world. Just like today, Victorian experiences of modernity—of the “difference posed by the present”, as Partha Chatterjee wrote in his discussion of Kant’s work on Enlightenment—were equally infused with concerns about physical and mental wellbeing, about air and sound pollution, over-sensory stimulation and unhealthy work practices. Sally’s discussion of Benjamin Ward Richardson’s work revealed the contemporary resonances of his vision of Hygeia, the “City of Health”. Needless to say, all of us were particularly receptive to Victorian medical reformers’ suggestions that a six-month holiday is beneficial to a healthy and productive working life!

The seminar continued with talks by postdoctoral researchers Amelia Bonea, Jennifer Wallis and Melissa Dickson, each of whom focused on a distinct but interrelated aspect of Victorian perceptions of health. Amelia introduced the audience to a slightly different site of work than the ones usually studied by scholars of Victorian Britain: the office and the plethora of occupational hazards associated with it, among which were tuberculosis, “severe colds”, diseases of the digestive and circulatory systems, eye strain and fatigue, headaches, backaches and repetitive strain injuries such as writer’s cramp and telegraphist’s cramp. She discussed the changing aetiology and treatment options for these latter conditions, explaining how they were related to changes in workers’ compensation legislation in the late nineteenth and early twentieth century. 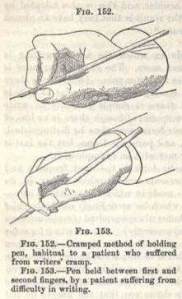 Jennifer’s talk took us back in time to mid-nineteenth century Ben Rhydding, a popular hydropathic establishment where, we discovered, Londoners could also experience the benefits of a compressed air bath. Such air baths were part of a transnational circuit of medical ideas and practices and enjoyed popularity in continental Europe as well, with Lyon and Zurich being some of the other notable centres of treatment. They were considered particularly beneficial in the treatment of lung diseases such as tuberculosis. 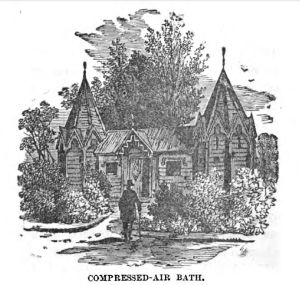 Finally, Melissa’s talk drew attention to another aspect of nineteenth-century life and health: sound and its therapeutic properties. While most of the research conducted so far on Victorian cities has focused on sound pollution—the “nausea of noise”, as Melissa aptly put it in another post on this blog—her current research aims to show that sound had curative powers as well, for example in the treatment of psychiatric conditions. We all heaved a sigh of relief on hearing that the cat piano or Katzenklavier, that bizarre musical instrument which was envisaged as an effective tool in the treatment of psychiatric patients, was not eventually put into practice.

For those of you who would like to find out more about our talks, the seminar will be made available shortly as a podcast at podcasts.ox.ac.uk. As always, we are very happy to hear from scholars and members of the public interested in similar research topics, so do get in touch with us via email or the comments section below.