On the Subject of Speed... Thomas Hardy 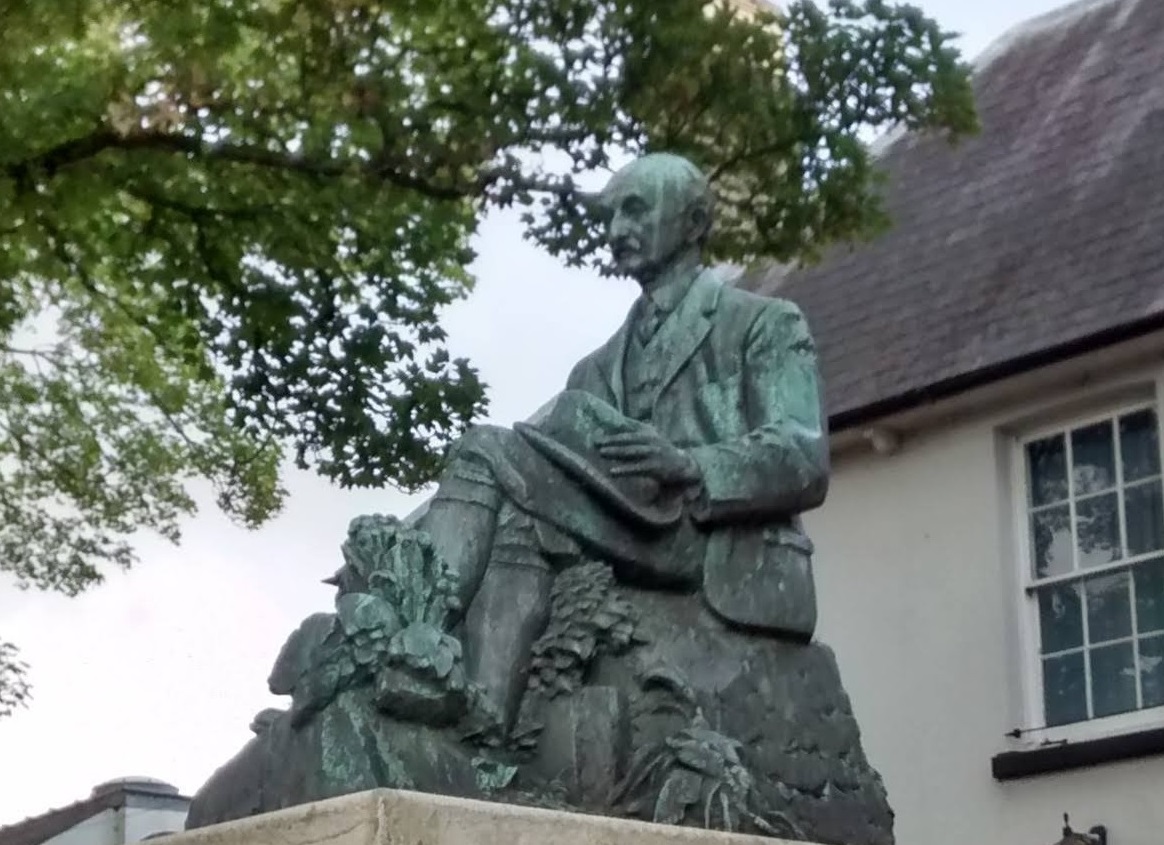 Born in 1840 in rural Dorset but writing up until his death in 1928, English novelist and poet Thomas Hardy witnessed dramatic social, scientific and technological changes. Though perhaps not the obvious place to look for evidence of Victorian speed, Hardy’s poetry indicates his perception that the pace of modern life had increased drastically – and that he was out of joint, the ‘time-torn man’ of his poem ‘A Broken Appointment’.

In the poem ‘Places’ – from the ‘Poems of 1912-13’, written on the sudden death of his first wife, Emma – Hardy ends by noting that ‘one there is’ whose ‘mind calls back’ past experiences, and plays the past off against the present by claiming that past occurrences have

a savour that scenes in being lack,

And a presence more than the actual brings;

And its urgent clack

But a vapid tale.

‘Scenes in being’ are robbed of meaning and depth here, with only the past offering the rich experience for the senses that ‘savour’ indicates. Hardy deliberately uses the archaic ‘beneaped’ to characterise ‘to-day’, satirising modernity’s progress with an image of a ship left aground by the tide: the modern is caught in an old-fashioned linguistic predicament. ‘To-day’ is sonically characterised by an ‘urgent clack’, a mechanised noise which noticeably rhymes with ‘lack’, and whose consonant clusters sound ugly and disrupt the supposed enjambment.

The very early poem ‘She, to Him III’, from 1866, hears the speaker feeling ‘Despised by souls of Now, who would disjoint | The mind from memory, making Life all aim’. Forty-seven years before Hardy wrote ‘Places’, the present (here anthropomorphised into ‘Now’) is already ‘urgent’, insistent in its the alliteration on ‘all aim’. While the enjambment preserves the continuity with ‘memory’ and the past, the line break visually enacts the ‘disjoint[ure]’ the speaker feels.

The forward progress inherent in ‘all aim’ is mirrored at the end of Hardy’s poem ‘Old Furniture’, when, after stanzas of reminiscing about ancestors who’d previously handled these objects, the speaker berates himself with

Well, well. It is best to be up and doing,

The world has no use for one to-day

‘To-day’ is again revealed as a time which does not allow for stationary contemplation, where the mind is busy but the body inactive. Despite the jaunty exclamation, the gross instrumentality of society is glimpsed in its faux horror at ‘one’ who is currently ‘no aim pursuing’. Citizens are of ‘use’ only when engaged in ‘doing’ something.

While ‘doing’ in part fits the rhyme scheme, it also bears on modern notions of an overworked, busy life. There’s been an increased uptake of mindfulness, a therapeutic practice which brings one’s attention back to the present moment. Guided mindfulness meditation explicitly tries to bring people back to a state of simply being, rather than the ‘doing’ that defines our waking hours – and that Hardy felt under pressure to socially perform. The need for mindfulness, and the popularity of mindfulness apps such as Headspace, shows that – for us as for the Victorians – one of the diseases of modern life is the disease of always doing, with its related problems of stress, anxiety and sleeplessness. Learning to do, and feeling under pressure constantly to be productive, leaves us struggling to be in the moment, be human, and ultimately be happy. That is why I’ve always found the end of ‘Old Furniture’ so devastating: the speaker turns from his individual, helpful reflections, back to those actions deemed socially appropriate.

However, if you’re thinking of writing Hardy off as an old stick-in-the-mud who grumbled in the face of modernity, it’s not so simple. Inviting Edmund Gosse down to Dorchester on 18th August 1886, he promises to show him ‘one or two curious places in the neighbourhood recently opened up by the railway’, allowing for the advantages of the railway network in 'open[ing] up' previously inaccessible terrain. Hardy recognises the convenience of the trains, even if they didn’t have the same aesthetic qualities as former modes of transport:

I fear that the old type of country waggon, curved & painted on the front & back with conventional flowers, tendrils, &.c, has nearly disappeared, if not quite. A person might find a decrepit one by penetrating into the recesses of the country, away from railways.

The technology of the train pushed local, homelier features into obscure countryside according to Hardy’s estimate, and even the most intrepid will still only find ‘decrepit’, rather than working, wagons. Only 'away from railways' can one encounter 'the old'.

Hardy also travelled to London to see the newly-opened London Underground system and reported by letter to his sister on 19th February 1863 that ‘I tried the Underground Railway one day – Everything is excellently arranged’. As a claustrophobe and crowd-fearer, I can only guess that the Underground was a much more palatable experience in those days!

Society’s speeding up had its advantages and disadvantages. While Hardy was sensitive to behavioural changes – when his pace and practice of considered thought was deemed outmoded and unproductive – he more than conceded the benefits of the technological changes which made travel quicker and no doubt more comfortable.

Please comment to tell us where you have noticed speed changes in Victorian fiction, non-fiction and poetry! 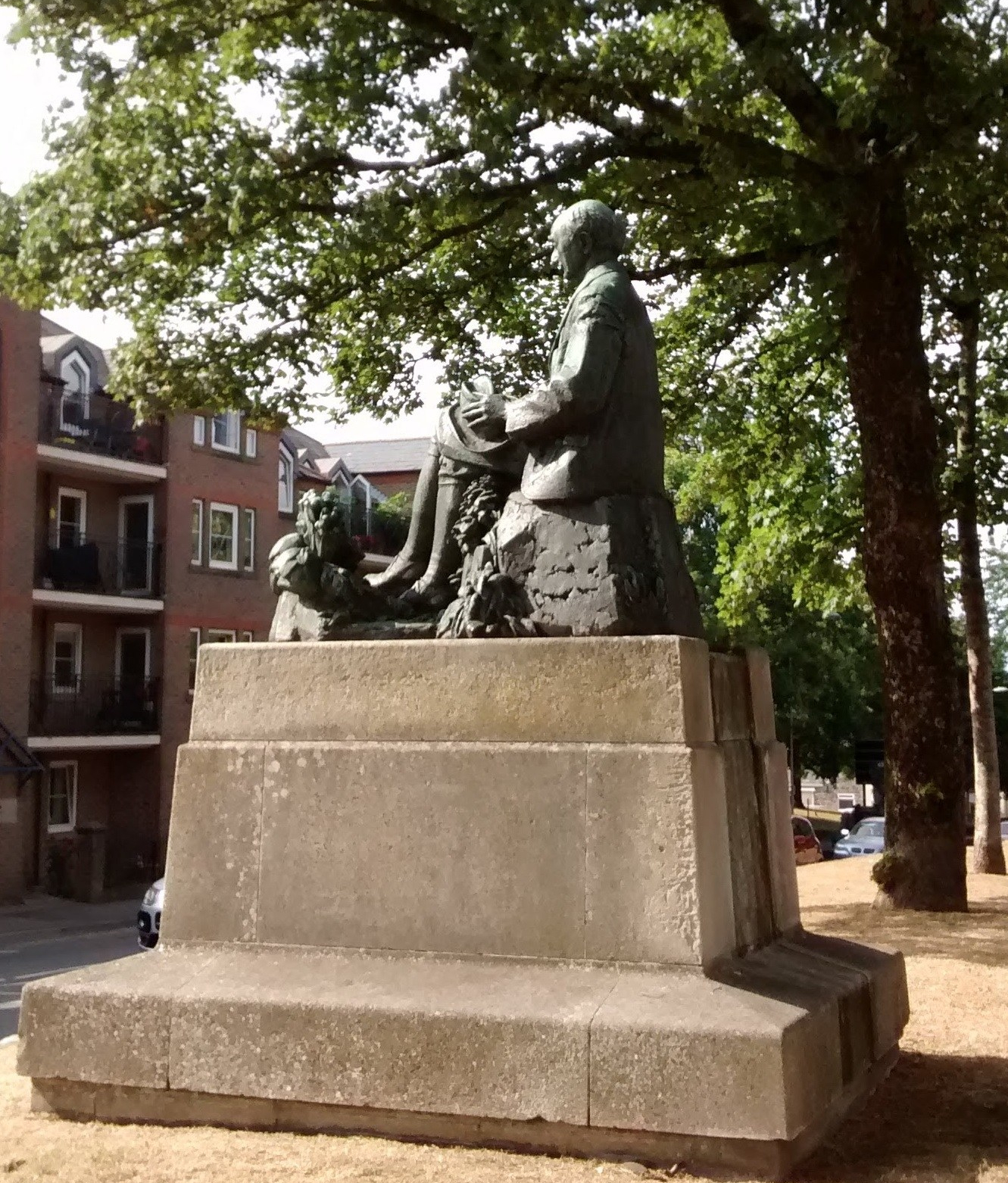 The Hardy statue, letting the world get on as he sits in the sun. Photo: C. Charlwood