A Disease-Free World: The Hygienic Utopia

This is a guest post by Dr Manon Mathias, a Lecturer in French at the University of Aberdeen. Dr Mathias has published several book chapters and journal articles on the nineteenth-century novel, particularly the works of George Sand, and her monograph, Vision in the Novels of George Sand, was published by Oxford University Press in 2016. She has also examined the relations between the novel and science, and recently published a journal article on Sand and Flaubert’s readings of Georges Cuvier’s geohistory in French Studies. She is now embarking on a new project examining the digestive system in nineteenth-century French medicine and culture.

Many take a gung-ho approach to hygiene today in the belief that a bit of dirt is good for us. Warnings of antimicrobial resistance seem to justify this position. But at the same time, poor hygiene looms large in health campaigns and adverts as the key agent in spreading colds and viruses. Food poisoning, mostly caused by unwashed hands, also allegedly costs the UK economy nearly £1.5bn a year. It was in the nineteenth century, however, that the fixation with hygiene and its links with disease first came into prominence.

Public hygiene was essential in the emergence of modern Western societies, and France and Britain were the leading nations in this field. It was also in France that the germ theory of disease was born with Pasteur’s work in bacteriology. The realisation that germs spread through human contact in particular led to an acute fear of dirt and an increased obsession with hygiene. 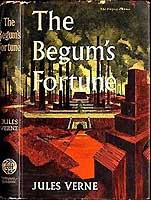 French and English novels from this period provide special insights into views on hygiene and disease, especially in science fiction visions of alternative societies. Leading popularisers of science, Jules Verne and Camille Flammarion, both wrote such novels in the 1880s. Begum’s Fortune (1880) by Verne features a model city of health and longevity created by French hygienist Dr Sarrasin. Despite Verne’s knowledge of the latest developments in disease and its links with hygiene, however, Bégum is more concerned with the implications for society.

In Sarrasin’s ‘City of Wellbeing’, although illness is virtually eradicated, the focus on hygiene is relentless and the lifestyle repressive. The inhabitants’ psychological and emotional health goes unmentioned and at the peak crisis of the book, when the population faces extermination, they exhibit no ‘disorderly emotion’ such as fear or anger and are ‘in thrall’ to Sarrasin. In this germ-free city, the absence of dirt and disease entails the absence of passion, excitement, and independence of thought.

Flammarion’s Urania of 1889 goes yet further in its setting and take on hygiene. In this text, two Martians explain that life on earth is a ‘total failure’ due to our reliance on the body. Once the digestive system developed and we began eating other beings, we became base, monstrous and unclean. On Mars, by contrast, they feed themselves through breathing and produce no bodily dejections. But the release from the body comes at a price. The Martians are compared with electrical appliances and live without passion or sexual pleasure.

In both Verne and Flammarion’s texts, the ultimate dirty substance, excrement, is mentioned only to be denied. In Bégum, the ‘products of the sewers’ are immediately expelled and transported to the countryside. In Uranie, the lack of digestion makes excrement non-existent. Intimately bound up with this removal or absence is a rational rejection of disease and infection but also a more indirect rejection of passion, physicality and desire.

These portrayals of hygienic utopias can be compared with William Morris’s vision of a twenty-first-century London free from filth, crime and disease. In contrast with Flammarion’s text and Verne’s Bégum, Morris’s News from Nowhere (1890) offers an apparently anxiety-free view of excrement and there is a freedom and openness towards the body in this novel where desire is a central and valued force in society.

Morris’s less troubled approach to the body might be explained by the more advanced state of public health reform in Britain. The prohibition of cesspits and linking of homes with sewers, for example, had been achieved in London by the late 1840s whereas this did not happen in France until the early twentieth century. Britain also passed its first Public Health Act in 1848 but France had to wait until 1902. 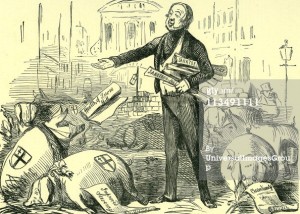 Excrement: residue of the past?

However, excrement is mentioned in Morris’s novel to refer back to nineteenth-century society as a place of dirt and depravity, and America is described as ‘a stinking dung heap’. Both allusions use human waste to denigrate societies distanced from the speaker in space or time. Many theorists of disgust interpret faeces as a hostile residue of the past and our revulsion towards the substance as a fear of our own death. Such interpretations are especially relevant to News from Nowhere where people know nothing of the past and are horrified by references to social history. This erasure of the past is, I would suggest, related to the negative understanding of the dung heap, and the novel creates a more complex vision of dirt and disease than at first it seems.

Although News from Nowhere offers a more positive approach to the body than Bégum or Uranie and even seems to valorise waste (with the ‘dustman’, for example, highly valued in society), the denial of the past and use of excremental imagery to vilify others reveals underlying anxieties towards the body and its ephemerality.

Scholars of history and sociology point to increasing disgust levels as constitutive of the modern Western subject. But the novels examined here do not present the phenomenon in entirely non-problematic terms. The portrayals of utopian hygienic societies reveal instead the fluctuating and contradictory nature of our modern understanding of filth, disease, and attitudes towards the human body.